The speakers list is updated constantly, as new speakers are confirmed along the way.

Tuomas Juustila is the Senior Lecturer at the optometry department at Oulu University of Applied Sciences in Finland. Additionally, he serves as a clinical instructor for Oamk’s international patient care rotations at Salus University in the USA.

Tuomas specializes in clinical optometry and has a continuing interest in ocular pathology.   His primary focus in research is in optical coherence tomography imaging and diagnosis and management of the anterior eye pathology. 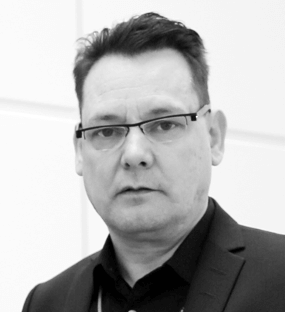 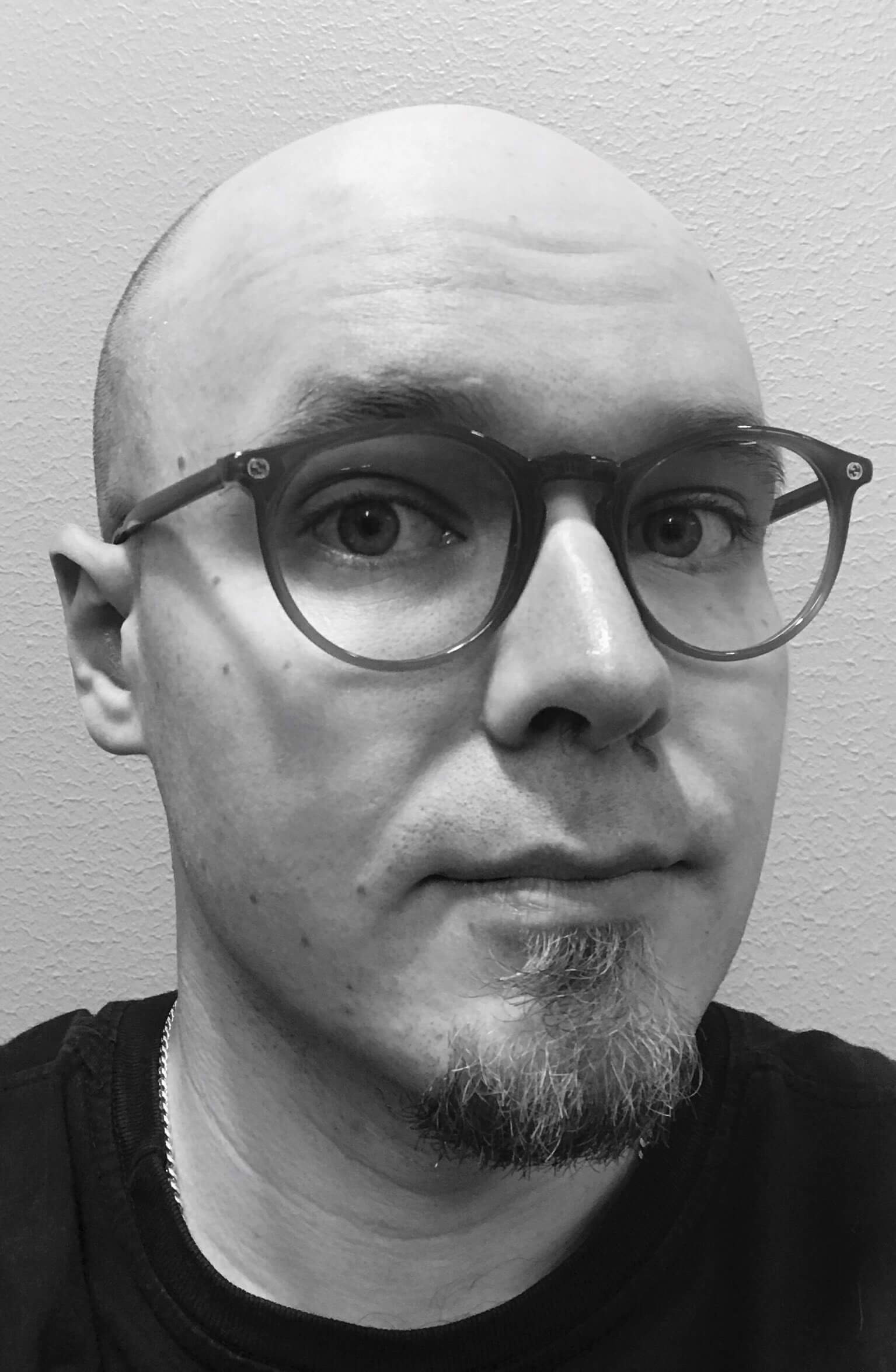 Petri has been educating European and Middle East eye care professionals for last ten years within field of optometry and optics. He graduated from Helsinki, Finland as an Optometrist.

When not at work, he loves exploring and understanding the disruptive future of health care, particularly combining human touch and technologies e.g. telemedicine, telehealth and artificial intelligence. 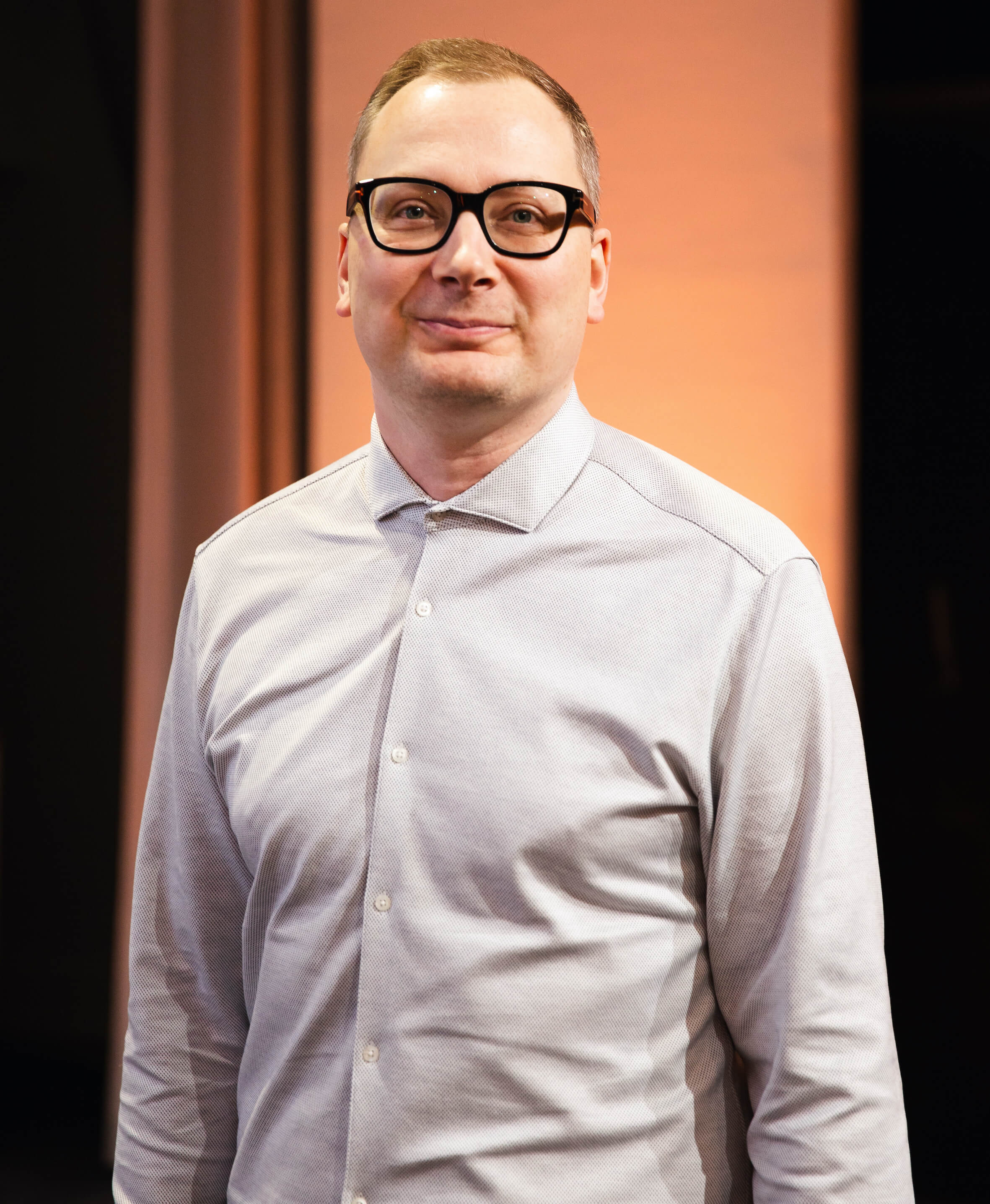 Nicholas Rumney is currently in a full-scope, award-winning practice in Hereford. A
3rd-generation optometrist, he graduated from Cardiff, did his pre-reg year at Bristol Eye Hospital and completed an MSc in low vision in Melbourne. Recognizing that a stimulus was needed to encourage an interest in optometric therapeutics, Nick was instrumental in bringing Lou Catania from the US to the UK for a multi-centre roadshow that was seen by over 700 optometrists.

Prof. Rumney was part of the GOC team that developed the regulations underpinning
Specialist Therapeutic registration, and in 2012 he qualified as an Independent Prescriber. His practice is the only one in the UK dually registered for Investors in People (Gold) and ISO 9000, and was the first in the UK to introduce & swept-source OCT. Mr. Rumney regularly presents on this technology at meetings as far apart as Colombia, Japan, Finland, South Africa and India.

In 2011, Prof. Rumney became co-supervisor for the first optometry practice to be granted a Knowledge Transfer Partnership, sharing a 3-year PhD research student with Aston University. A new KTP project on Dry Eye was completed in June 2018.

He has served on many National and International committees, including the General Optical Council (GOC), where he was a member of the Audit, Education and Investigation Committees and was the first optometrist to chair Standards. In 2008 he was appointed to the AAO Fellowship International Admissions Committee, and in 2013 was promoted to chair the International region. 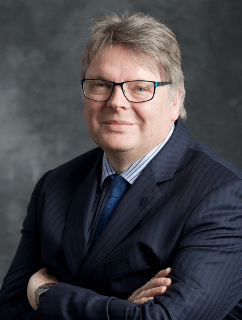 Dr. Andersson is the Principal Teacher at the optometry department at Oulu University of Applied Sciences in Finland and is responsible for optometrists’ undergraduate- and graduate educations.

Dr. Andersson is also an Assistant professor at Salus University in the United States where he serves as a senior clinical instructor for optometry students and lecturer in biomedicine for doctoral studies.

Robert is native of Sweden, but grew up and received his initial Optometrists education in Finland. In 1998, he graduated as an Optometrist from the Helsinki IV Health Care College; in 2003, he received a degree as an Occupational Health Care specialist; in 2010, he graduated from the Pennsylvania College of Optometry (PCO), Salus University, and in 2018 he received the Ph.D. in Biomedicine from Salus University. Additionally, he achieved the American Academy of Optometry Fellowship in 2015, and the British Contact Lens Association Fellowship in 2018. 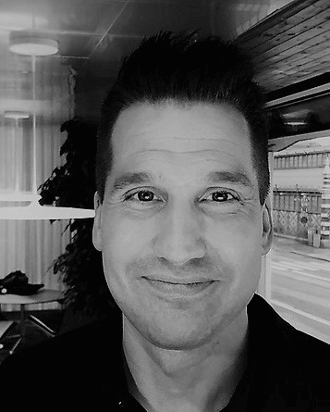 Gustav Brinkby is fully dedicated to his work at his private practice in Helsingborg, Sweden. He is specialized in advanced contact lens fitting, binocular vision, and eye health assessments. Mr. Brinkby serves as a lecturer and educator for Multilens, a company for special visual aids. He has also worked at hospitals and as a Teaching Assistant at Salus University. He is a native of Sweden and graduated with an optometry degree from TEC Copenhagen in 2009. He achieved award with his myopia-related research.

In 2011, Mr. Brinkby graduated from Salus University, USA with a MSc in Clinical Optometry degree. His MSc research topics were clinical optometry of ocular disease; glaucoma, AMD; diabetes retinopathy, binocular vision and pediatric optometry.
Mr. Brinkby has a continuing interest in clinical research. His recent research       “Ocular parameters and their relation to gender in healthy Caucasians seen in       normal optometric practice at three sites in Norway & Sweden” was awarded with       an Honors degree for clinical research.

He is also working in a professional eye care team that aims to produce gold
standards of optometric care regarding primary vision-threatening eye
diseases in Sweden. He recently published an article: “Optometrist's role in
the assessment of Diabetic Retinopathy in Sweden.” and is currently working
on a similar project regarding glaucoma. 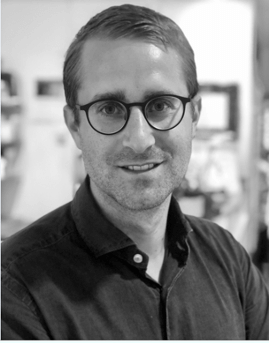 Mai graduated as an optometrist from Kongsberg, Norway. After her studies she also completed a bachelor’s degree in Economics and International Management. Mai has worked as an optometrist in Norway and Denmark. In Denmark, she has worked as a contact lens specialist in an optical chain where her main focus was multifocal contact lenses. She joined Alcon Vision Care since May 2018. 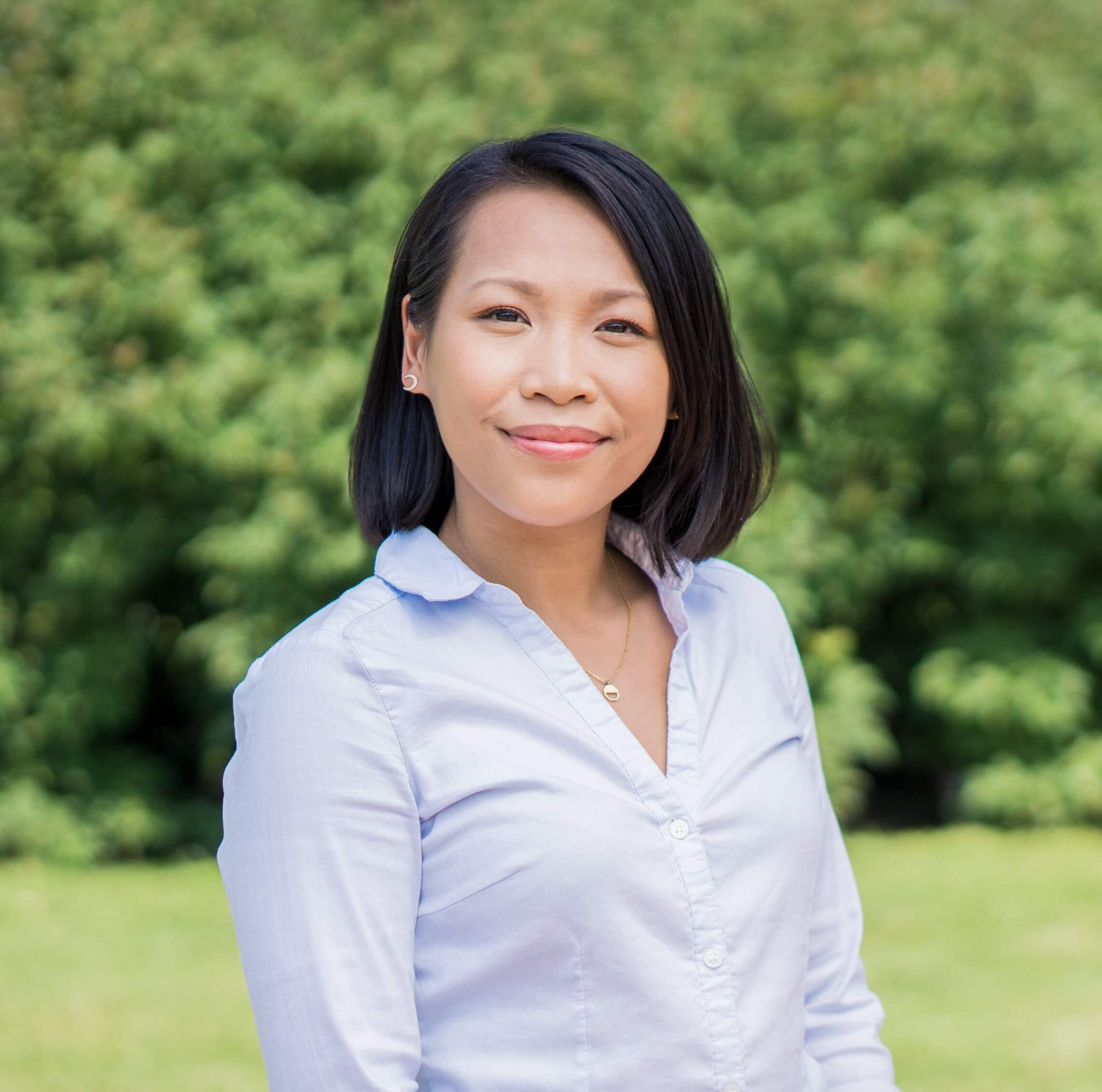 Erik Ryderberg is Head of Professional Advancement at Specsavers Sweden. He works mainly with strategic issues in clinical quality, focus on eye health care, and the role of the optician in the stores.

He graduated in optometry in 1996 and also holds an MSc in Clinical Optometry from SALUS University in the US in 2012 as well as specialist training in anterior and posterior segments from the same university. His experience ranges from the supply chain with sales of eyeglasses and instruments, to running his own optical stores for
many years. For the past eight years he has worked in various roles within refractive surgery, including the last few years as clinical quality manager. He also serves as clinical instructor and lecturer in refractive surgery for optometry students in Sweden.

Anterior segments evaluation, clinical outcomes and general eye care is his main areas of interest within optometry and ophthalmology. 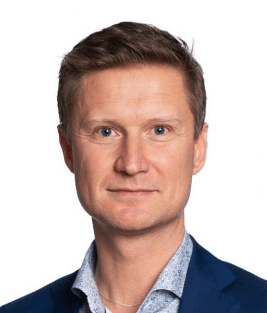 Optometrist who worked 27 years in private practices and started in Februari 2019 as a Myopia Management Specialist @ Procornea in The Netherlands and is also a member of the MiSight® 1 day European team.

I have a special interest in the field of Myopia Management and widely interested in development of new products to manage Myopia. During my career I have gained a lot of experience in Ortho-K, Custom Made (Myopia Management) lenses and Rose K lenses and led an external test center for a leading manufacturer in the Netherlands of Ortho-K. One of the first fitters of Coopervision's MiSight® 1 day contact lens in the Netherlands. Experience in testing new products (contact lenses) and building a Myopia Management practice.

I feel socially connected with people and will sincerely provide them with the best possible eye care. Because of this I have chosen to do an internship at the South Africa Red Cross Air Mercy Service (AMS) and in the rural areas of Durban (South Africa). 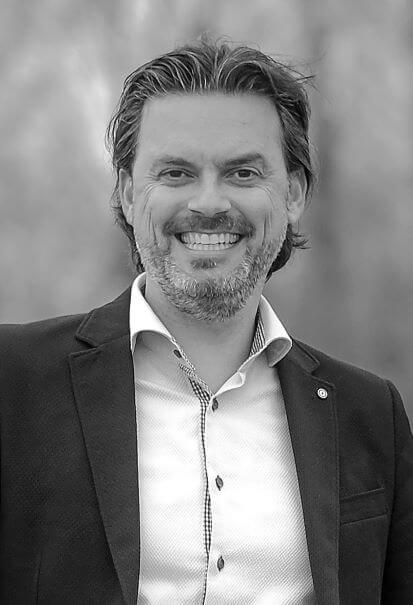 Educated from the Danish College of Optometry and Visual Science 1995 with 20 years of experience in clinical practice, ending up as responsible for contact lenses in one of the largest clinics in Profil Optik Denmark. Supplementary training includes business development, management & leadership, and attendance in numerous clinical conferences in Europe & US.

As an eyecare professional a Key opinion leader for several manufacturers, member of the Nordic contact lens council for Synsam, pioneer in fitting Silicone hydrogels and multifocal contact lenses, manager and joint owner of Profil Optik Holstebro, and from the last years in clinical practice and into the current role, also a lecturer in contact lens fitting and aftercare. 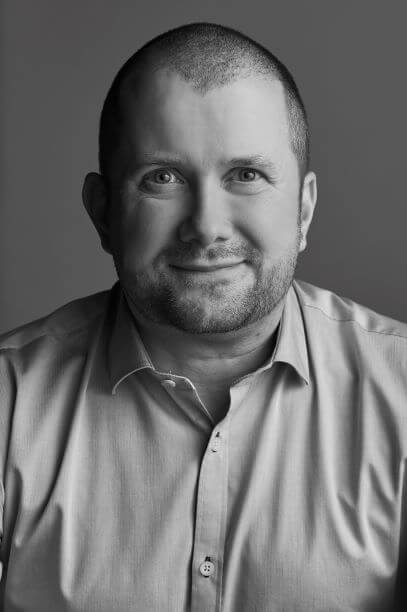 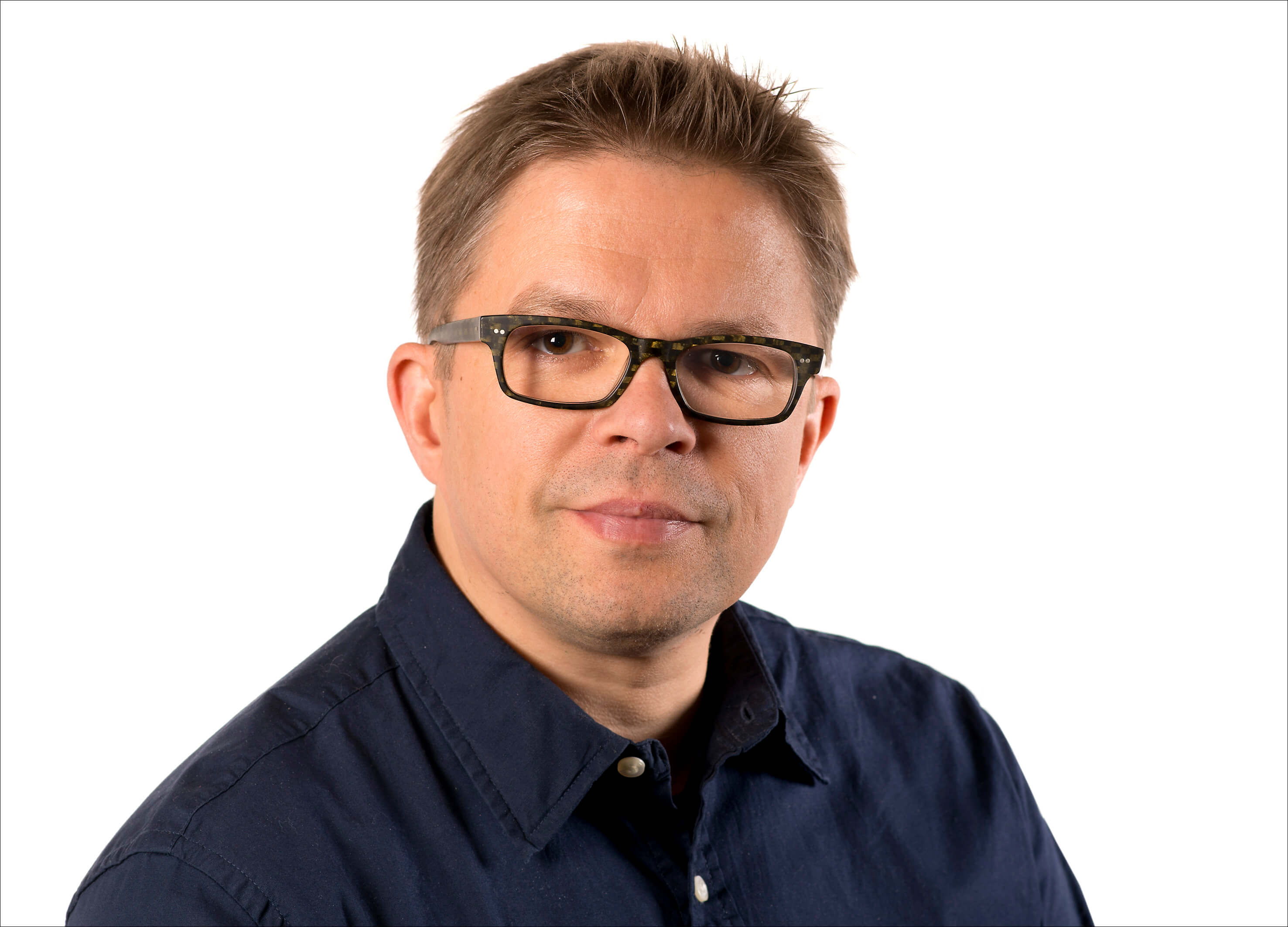 Ever since graduating from the school for optometrists (former opticians) in 1987 he has got himself involved in the contact lens fitting and most of all in the trade. He has always seen contact lenses as the very essential part of the the total optical market.  The basic materials at the end of 1980’s, soft and RGP-lenses were overwhelmed by the introdution of the oneday disposables. The new era had arrived. The overnight wear of the contact lenses was born in 1999.  He got keen on the idea right away and the shop he was managing at the time being got awarded with the first  The Best PUREVISION Practice in Europe in the year 2002 in Monaco.

When having his leasure time he is a pilot, flying up above in the sky. Most fascinating for him is taking up the skydivers in his plane.  Among his highlights is also running hundreds of kilometers yearly.  Mostly early in the morning to charge his batteries for the new day. And the journey continues. 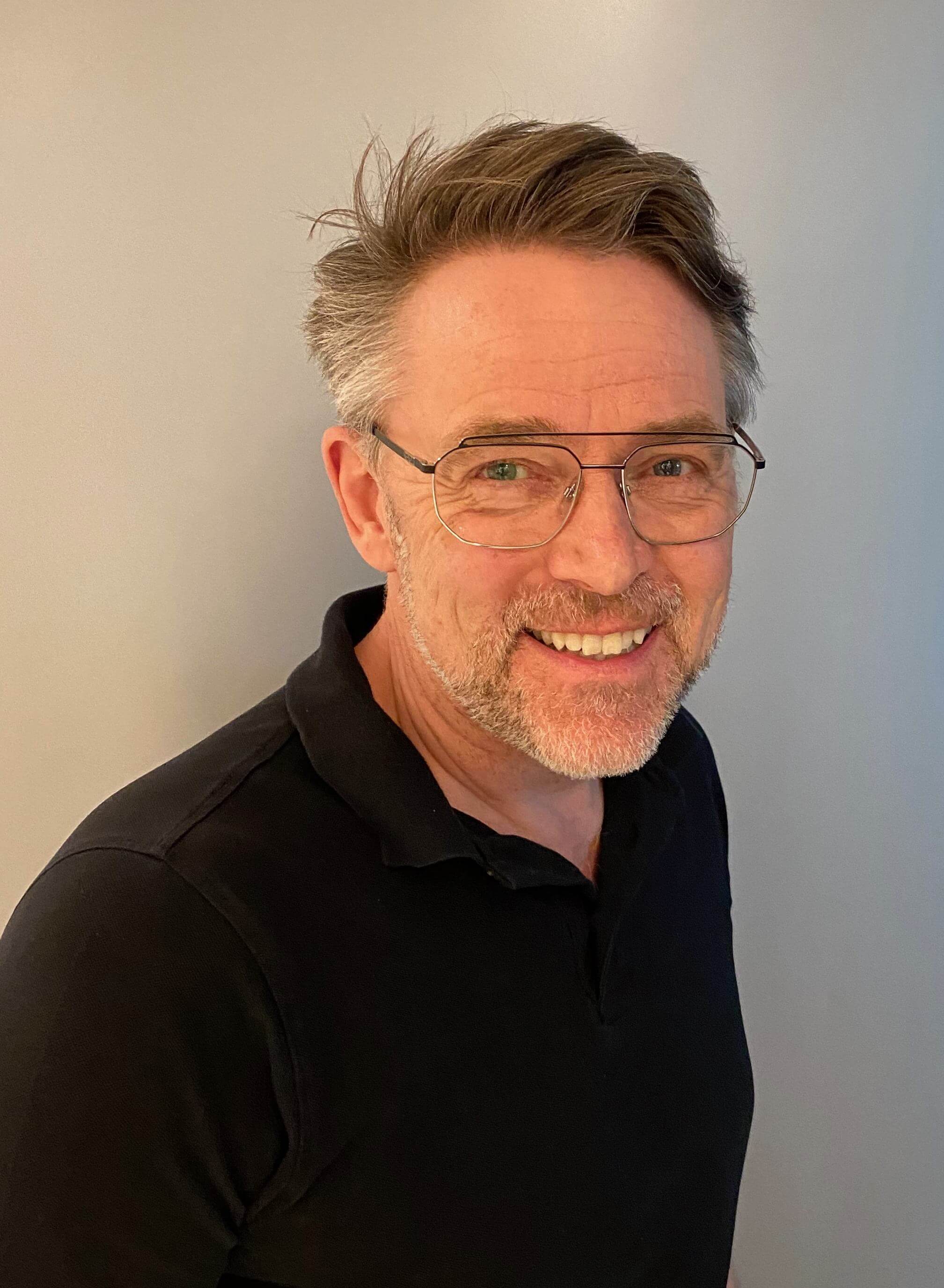